Love was definitely in the air on March 17 when Cierra Pledger and Matthew Armstrong shared their faith and their hearts with family and friends. Cierra shared the story of how she and Matt met, and it was so touching I asked if I could share it here…the images are provided by Beth Swan of Swan Photography 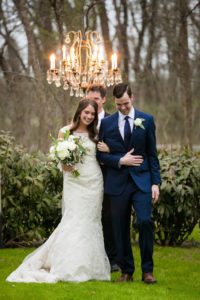 Cierra and Matt went to separate churches, but she often visited his as she had quite a few family friends who worshiped there. In October 2015, Matt decided he was ready to find a girl, and asked some of his good friends if they knew anyone who would be a good match; both came back to him with Cierra’s name. Matt first checked her out on Facebook, then visited her church several occasions, but missed her each time. In the meantime, Cierra kept hearing from friends Matt was anxious to meet her, but she was very resistant to being “set up” and wasn’t interested in meeting him. At work one day, Cierra had an epiphany and realized she needed to at least give it a shot. They finally met on December 9th; she was pleasantly surprised they hit it off instantly, and found herself wondering when they’d see each other again. Friends conspired to nurture the budding relationship and arranged a game night to get them together, where the couple wound up talking all night. In what felt like a “Hallmark movie moment” beside the Christmas tree, Matt asked for Cierra’s number and said he’d love to get to know her better. They attended a New Year’s Eve party together, and on an “official date” a week later. By the second date, Cierra knew he was the one, and found out later he’d felt exactly the same. As time went on, they discovered how similar were their goals, passions and quirks. Cierra felt an extremely deep connection with Matt, more than any she’d felt before. 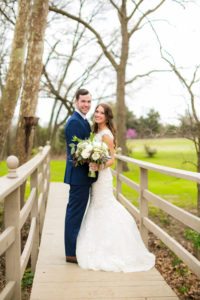 They fell in love so quickly; she said it felt like a fairytale. Cierra knew God led them together, seeing how His plan unfolded so perfectly and at the perfect time in their lives. Matt told Cierra they were going to a work dinner November 11, 2016, at the Dallas Country Club. Cierra had no inkling anything special was about to happen; it wasn’t out of the ordinary to attend those events with him. Matt covered all the bases, even asking his secretary to send out a fake email invite! All dressed up and on their way, Matt took a “wrong turn” and they wound up at a beautiful park, where he said “Let’s take a walk.” By that time, Cierra was becoming suspicious since he was acting so strangely. He led her to a gazebo, took her hands, telling her all the reasons he loved her, and then got down on one knee to propose. Cierra said It was so surreal she remembers giggling and crying and nearly forgetting to say yes! But say yes she did, and it was the easiest question she ever had to answer. Matt treated her to a fancy dinner, then headed back to Cierra’s house where he had arranged for 30 of their closest friends who were in on the secret waiting to celebrate the moment.

I don’t know about you, but I’m not ashamed to admit I was sniffling, smiling and wiping a tear, both after hearing it from Cierra and telling it again here. In a world where relationships are often temporary and sometimes taken for granted, it’s uplifting to hear the story of a couple so truly and deeply in love.

Come and experience an amazing wedding! We offer rustic wedding venues and elegant country wedding venues near Dallas and the DFW metroplex. River Road Chateau would be honored to serve you!